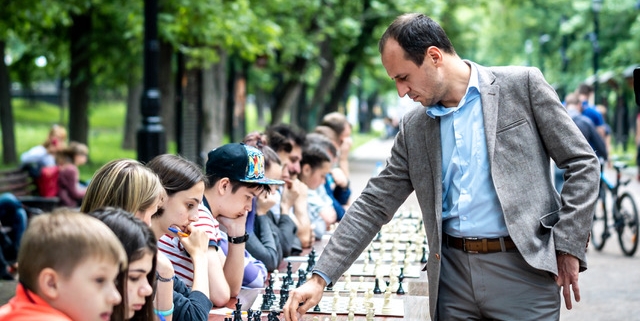 In Sweden, Norway, and EU there are several funds that you can apply from. Each fund has got their special statutes for what projects they give money too, like research, charity, youths in general, education, sports etc. Jesper Bergmark Hall and Martin Göransson have worked together for a long-time making applications and running projects. Normally Martin Göransson has overseen the applications and Jesper Bergmark Hall has been working as the project manager.

The problems to solve

In Europe there is three trends of growing areas when it comes to chess: 1) School chess 2) Senior chess 3) Play on Internet. How to develop these areas?

The main goal for school chess is inclusion and to use chess as a bridge between different groups of people. Many of the pensioners today are healthy, want to have fun and many take up their free time activities again, like chess. The Covid pandemic was a disaster for many pensioners as they got stuck at home in quarantine. Finally, on Internet the competition is in focus, but for both CiS and the pensioners this is not the main thing. How to create a set-up on Internet focusing on co-operation instead of competing?

In Sweden there is a fund for projects called “Allmänna Arvsfonden”, The Public Inheritance Fund. If someone dies in Sweden and do not have any relatives the heritage will go to the fund. The money is given to non-profit projects that develops the society. The fund is the most important one for supporting projects run by organizations.

Stockholm Chess federation has got more than 50% of all members in the Swedish Chess Federation. The Stockholm Chess federation have several employed persons, a well-run office, and long experience in administration. The problem is that the human resources normally only last for regular activities. To get external money and employ people part-time for a project is a good solution to develop the organization and try to deal with the problems.

The project is in two parts: 1) One child and one pensioner starts to learn, train and play chess together regularly according to a concept that focus on co-operation. 2) Every year there will be a “Let’s play together festival” to which the partners are invited as well as organizations representing the categories of partners, and the general public.

The fund told us after the approval that they “did not care about chess” but that the effect of chess as a tool was unique with pensioners and children having a meeting on equal ground, and that this can be done just as good online as in real life.